My first recorded fume event was on the 29 November 1991 at Prestwick Airport, Scotland. I was the Handling Pilot of a British Aerospace HS125 Executive Jet.
​
As the aircraft accelerated along the runway during the take-off run, as the aircraft passed V1 (the speed at which the aircraft is committed to becoming airborne)  the flight deck suddenly filled with hot acrid fumes. Both myself and the other pilot were blinded. We lost all visual  reference and could not see any flight deck instruments or controls. Our skin was burning, our eyes were stinging  and it was difficult to breath, at the same time the aircraft was accelerating in excess of 160 mph.

The Captain, also a British Aerospace pilot, with many years experience of the aircraft, with no visual referance, felt his way along the instrument panel and located the dump valve, which allowed air to escape from the aircraft. Within about three seconds visual reference was restored. However, the heat being emitted from the air vents surrounding the rudder peddles was so hot that we had
to raise our legs away. Had the aircraft suffered an engine failure it was unlikely that we could have controlled the aircraft safely.
The fume incident had lasted about 15 seconds.

We actioned our emergency drills and alerted Air Traffic Control that the aircraft was in a MAYDAY situation.

Thereafter, we made an emergency landing and a emergency evacuation of passengers from the aircraft.

The incident report compleated by the Captain and myself never reach the United Kingdom, Civil Aviation Authority.  Why? 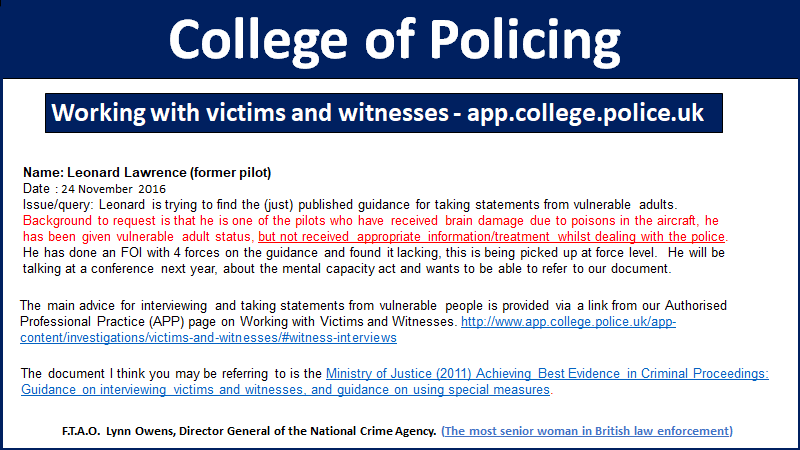